The New Lawn: Shaggy, Chic and Easy on the Mower

The New Lawn: Shaggy, Chic and Easy on the Mower

What if the grass in your yard was supposed to be that long?

Pushing back against perfect lawns, some homeowners are adopting a shaggy-chic look for their properties, planting a long-haired meadow in the backyard, and even in front. Anne Marie Chaker explains on Lunch Break.

Pushing back against perfect lawns, some homeowners are adopting a shaggy-chic look for their properties, planting a long-haired meadow in the backyard, and even in front.

Meadows are naturally pretty and abuzz with blooms and butterflies, but their real appeal is this: Once the meadow is established, mowing is recommended just once a year.

GROWING A MEADOW AT HOME 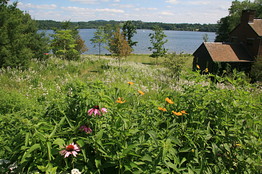 The view of the meadow at Bill Montgomery and Elizabeth Glazer’s Lakeville, Conn., summer home, with purple coneflower and tickseed.LARRY WEANER LANDSCAPE ASSOCIATES

Homeowners and residential landscapers are taking a cue from the wild and woolly designs cropping up in high-profile public spaces.

New York City’s elevated High Line has three sections devoted to meadow plantings including feather grasses and wildflowers. The 6-acre Palisades Garden Walk under construction in Santa Monica, Calif., is set to include plantings of grasses and sages under olive and oak trees. Acres of grasslands and meadows feature in plans for Apple Inc.’s new, spaceshiplike headquarters in Cupertino, Calif.

Partly it’s a backlash against traditional lawns, which get a bad rap because of the quantity of water, chemical fertilizer and energy they tend to consume. “People don’t want to be associated with something that wastes resources and energy,” Ms. Switkin says.

Many architects and home designers, though, like a meadow’s undone look.

When “soft edges contrast nicely with the modern, straight lines of architecture, it makes a nice counterpoint,” says Leonard Kady, a New York architect who maintains a wetland meadow at his summer home on 2.5 acres in Washington, Conn.

In Landenberg, Pa., North Creek Nurseries says inquiries for “plugs,” or tiny plants, for meadow and other natural-looking landscapes have climbed 60% a year for the past three years. “I get calls pretty much every day about meadows,” says sales manager Claudia West. Prairie Nursery Inc., of Westfield, Wis., says sales this year are running 20% ahead of last year.

Meadows can be a sore point with suburban homeowners associations, whose lawn codes often frown upon anything remotely weedy-looking. In Iowa City, Iowa, Mary Losch, 52, had to present a landscape-design proposal for her newly-built three-bedroom house to the subdivision’s homeowners association. The plan, in addition to the predictable foundation shrubs and lawn, called for a ribbon of meadow around the perimeter of the 1-acre lot. The Prairie View Estates homeowners’ association, which requires that “lots be maintained free of weeds,” gave it the go-ahead.

Then there are the neighbors. Last year, when Ms. Losch’s meadow perimeter was first seeded, it looked weedy and abandoned. Earlier this spring, a neighbor approached her about the “interesting” landscaping. 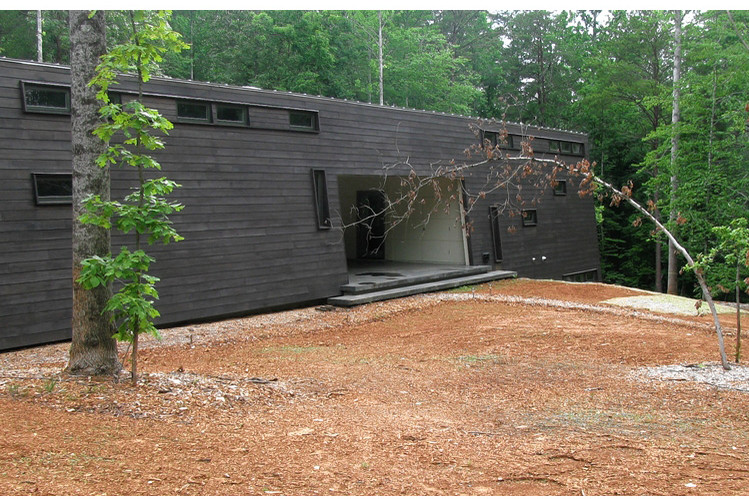 ENLARGE
After his Charlottesville, Va., home was completed two years ago, Jeff Holmes had to decide how to landscape the 5-acre property. Pictured, a landscape company removed most of the vegetation with applications of herbicide. ED YATES

“I figured it was about time somebody asked,” says Ms. Losch, a psychology professor at the University of Northern Iowa. “I explained that it was intentional, that we hadn’t just let it go, and that in another year it would be clear. I think she was relieved.”

Establishing a meadow is usually a three-year process. Year One, with the yard a ragged mess of soil, seedlings, and weeds, can make some homeowners wonder what they were thinking. At this stage, some people get discouraged and go back to lawn, says Judy Nauseef, the Iowa City landscape designer who handled Ms. Losch’s property.

“You have to get over the sense that it’s going to be all neat,” says Bill Montgomery, 51, a New York-based money manager who had a meadow designed for his Lakeville, Conn., summer home two years ago.

Larry Weaner, the Glenside, Pa., designer who created Mr. Montgomery’s meadow, recommends keeping it sheared at 6 to 12 inches for the first year. Use a conventional mower set at the highest height, or a weed-whacking device, about once every four weeks in spring and summer. That prevents weeds from reseeding and encourages the desirable plants to focus energy on developing strong roots, not blooms.

By Year Three, you should be able to put the mower away, Mr. Weaner says. Then, a once-a-year mow-down in late winter is all that is needed. No watering, no fertilizing.

Meadows are flowering and at their best from mid-spring to summer. To keep things interesting in the dead of winter, meadow designers say it’s important to plant grasses, which offer movement and texture when nothing is flowering.

Meadows don’t have to look completely wild, designers say. An urban meadow can be made up of a few select species planted in drifts, which soften stone walkways or patios. 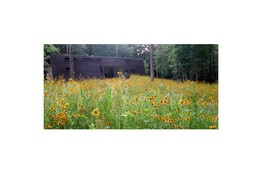 ENLARGE
The meadow in June 2012, one year after seeding with grasses and annual and perennial wildflowers. ED YATES

At least half of meadow plantings should be grasses, Mr. Weaner says. Not only do their root systems help stabilize soil and inhibit weeds, but they also offer movement, texture and year-round interest—even when the blooms have long disappeared. Otherwise, “when flowers are finished, all you’re left with are a bunch of dead flowers,” says John Greenlee, a Brisbane, Calif., meadow designer and co-author of “The American Meadow Garden.” Grasses are “the framework that the flowers have to hang on.”

To establish a meadow, it usually takes 10 to 20 pounds of wildflower and grass seed for each acre, says Howard Bright, president of Ion Exchange, a specialty nursery in Harpers Ferry, Iowa. Using the nursery’s “short prairie” seed mix, which costs $125 per pound, the cost to cover a half-acre property in seed would run from $625 to $1,250.

It was relief from the weekly mow that drew Jeff Holmes, a 42-year old professor in Charlottesville, Va., to the idea of a meadow. After construction of his modern four-bedroom house was completed two years ago, he had to decide what to do with the yard. The rural 5-acre property surrounded by forest has a tenuous water supply from a well. “There’s not a lot of ground water here and we had no interest in dumping water on a giant lawn,” Mr. Holmes says.

He hired J.W. Townsend Inc., a Charlottesville landscape company, which removed all existing vegetation with an application of herbicide in fall 2010, followed by another in spring 2011. In June last year, the yard was ready to be seeded with grasses and wildflowers selected by the company’s meadow specialist, Ed Yates, to work well with the region’s hard-packed soil and dry conditions.

Some of Mr. Yates’s favorites included an annual tickseed (Coreopsis tinctoria), useful because it would flower in the first year. In the meadow’s second year, a succession of blooms has already appeared, starting in spring with evening primroses (Oenethera speciosa) and white yarrows (Achillea millefolium) and orange blanketflowers (Gaillardia aristata) blooming now.

Marc Pastorek, a garden designer and meadow specialist in Covington, La., says grasses in the moist, deep South are typically longer than the short-haired meadows of drier climates. The region’s hard-packed clay soil welcomes a unique mix of plants with deep-penetrating root systems. Some of his favorites include Rattlesnake Master (Eryngium yuccifolium) and Prairie Blazing Star (Liatris pycnostachya).

“You learn so much about your natural landscape by these plantings,” Mr. Pastorek says. “The obstacle is producing it without it becoming an eyesore.” 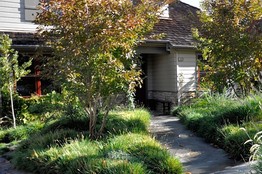 Five Steps to Your Own Meadow

1. Get rid of your lawn. Apply herbicide, once in fall and once in spring, to get the job done fast. A nonchemical route involves ‘smothering’ the lawn with cardboard and mulch and waiting a year, says Neil Diboll, president of Prairie Nursery. Don’t till or rake, which may bring up unwanted seeds.

2. Consider the soil, and ask a local nursery for advice about what grows best in your area.

4. Start planting. Seeds take longer, but they are more cost-effective than ‘plugs’ or tiny plants. In general, use 10 to 20 pounds of seed per acre.

5. Maintain. In Year One, mow or whack to keep the meadow at 6 to 12 inches. Once established, it needs mowing just once a year.