The building industry is at a Darwinian crossroads. It’s time to evolve. 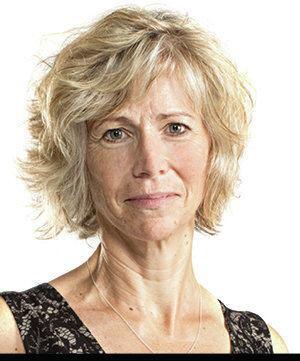 In response to new environmental pressures, nature adapts rapidly, often within several generations. We humans now find ourselves in a similar predicament. Confronted by a changing environment, we also must adapt, and we must do so quickly in order to achieve carbon neutrality by the year 2030. Those of us committed to changing the business-as-usual aspect of the industry must define a new species of building, one that operates at a scale large enough to affect real change. We are Team 2020—ecohome-reading, LEED AP-ing, GreenSpec-toting, xeriscaping, carbon-sequestering Biomimiacs—and we must act now.

The United States population continues to expand. By 2030 California, Texas, and Florida are projected to each increase by 12 million residents, and across the country new communities with shopping centers, roads, schools, and homes will have replaced farmland. This means that by 2035, 75 percent of our homes will be new or renovated. Thus, we must adapt our conversations and engage the developer—who builds three-quarters of our new homes each year—to meet our 2030 goals. And to engage the profit-driven developer, we need to target strategies with low first costs—those that increase construction costs by 3 to 5 percent, at most.

Who else uses a minimum of resources to maximum advantage? Nature. For example, let’s look at the white-tailed deer. As with many species, the northern variety is bigger than its southern cousin and thus has a higher mass-to-surface-area ratio, helping the larger deer to better retain heat. These fundamental laws should also apply to buildings; mass should differ if building in Vermont, Virginia, or Florida.

We can learn a lot from nature. After all, modern science is a yearling compared to nature’s 3.8 billion years of research and development. We can find out about thermoregulation from the Australian compass termite, for instance, whose wedge-shaped nest, oriented with the long axis facing north to south, minimizes exposure to intense midday rays. However, we do not currently mirror this simple strategy. Instead, passive solar design is rarely implemented at the community level. Street design, house design, and siting are often blind to solar path: We are left with the same layout, the same window placement, and the same overhangs, with no relation to the cardinal points.

Recent studies show that it is the pursuit of happiness, not the attainment of it, that makes us happy. Bigger is not better, so we should consider how to actively engage in our environment on a more intimate level. A dogtrot house our firm designed for a Charlottesville, Va., couple, for example, has a covered, open courtyard that connects the living spaces with the wing that houses the bedrooms. It is this courtyard, with its connection to nature, that most attracts the people who live there, and it is that active engagement with nature that enriches their lives.

The building envelope is a key component to reducing energy use, and the Passivhaus approach, relatively new to the U.S. building community, can result in an 80 percent reduction in energy use. The idea behind the Passivhaus program, which was developed in Germany in the 1990s, is to break through the cost barrier by sealing and insulating the bejesus out of an envelope until the need for mechanical equipment, apart from fresh-air delivery, is eliminated. This can be done on a large scale, and already is by developers such as Structures Design/Build from Roanoke, Va., who are meeting the 2020 benchmarks by constructing Passivhaus buildings at market rates.

While this addresses the operational side of the equation—the energy needed to heat and cool a house and run its equipment—we need to adapt our thinking to also consider embodied energy. About 25 percent of the total lifetime energy use of a building is in the structure’s materials and construction. Again, here we can learn from nature and from our own history.

Of all the materials used to build a house, cement production is the biggest culprit of embodied energy, accounting for 5 to 10 percent of global carbon dioxide emissions. But it wasn’t always this way. While making Portland cement requires kilns that fire at 1,450 C, the Romans knew how to make cement without applied heat. They packed volcanic rock and lime in forms, and then submerged the forms in seawater, where the material would heat up and harden. The resulting cement is stronger and lasts longer than conventional concrete. (And yes, it’s still in use.)

Roman builders took advantage of chemistry, and so does nature. While we consider CO2 to be a poison, nature uses it as feedstock. Consider coral, which is made of calcium carbonate, also known as limestone. A California-based company called Calera is using CO2 and water to make a lime for use in a variety of products.

Rapid prototyping—or, as you may know it better, 3D printing—is about to revolutionize building. Conventional manufacturing often involves the “heat, beat, and treat” method, which uses a lot of heat and generates a lot of waste. And conventional production often involves raw material extraction and transportation. At the typical construction site, a stick-by-stick approach layers materials, studs, sheathing, weather barriers, siding, insulation, drywall, and paint, and leaves behind a substantial amount of waste.

All of these steps go away with 3D printing. We will see waste in material production—and in embodied energy—drastically reduced.

Some creative explorers are tapping into nature’s assembly line. Swedish architect Magnus Larsson is developing habitations in the Saharan desert by flushing a specific bacteria through loose sand. In doing so, the bacteria sets off a chemical reaction that results in structurally sound sandstone. Rachel Armstrong, a 2010 senior TED fellow, is developing “protocells” that are mixed with paint and programmed to thicken into a limestone shell after exposure to CO2.

In response to environmental pressures, conventional building practices must give way to more adaptive solutions. The stick-by-stick approach will be replaced by rapid prototyping. CO2 will no longer be the poison of our time, but rather, a feedstock. Our buildings will thermoregulate themselves. As we evolve, the distinction between materials and methods will continue to dissolve—and our buildings will self-assemble. This is Architecture of the Fittest.