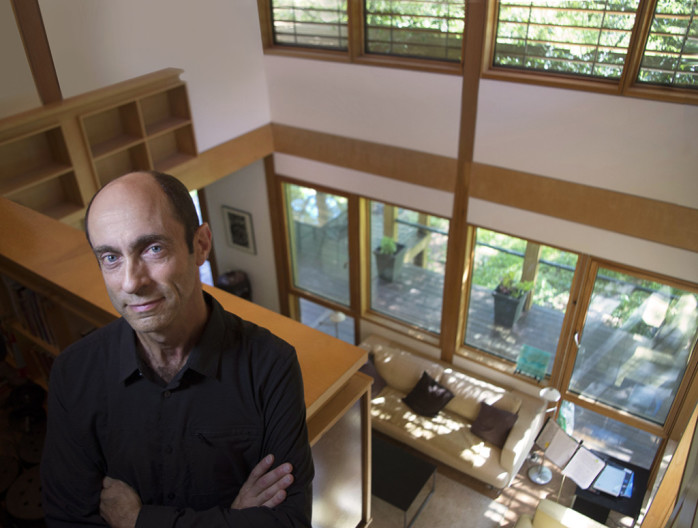 It’s no wonder that travel is a running theme in Hays+Ewing co-founder Christopher Hays’ explanation of his journey to architecture. The Greenville, South Carolina native has lived in Japan and Italy and journeyed to the Netherlands, Spain, France and Greece for both work and study. It was a trip to Vienna during an undergraduate exchange program with North Carolina State’s School of Design, though, that he says influenced him the most. He stayed there for eight months and spent time visiting other European countries during his sojourn. 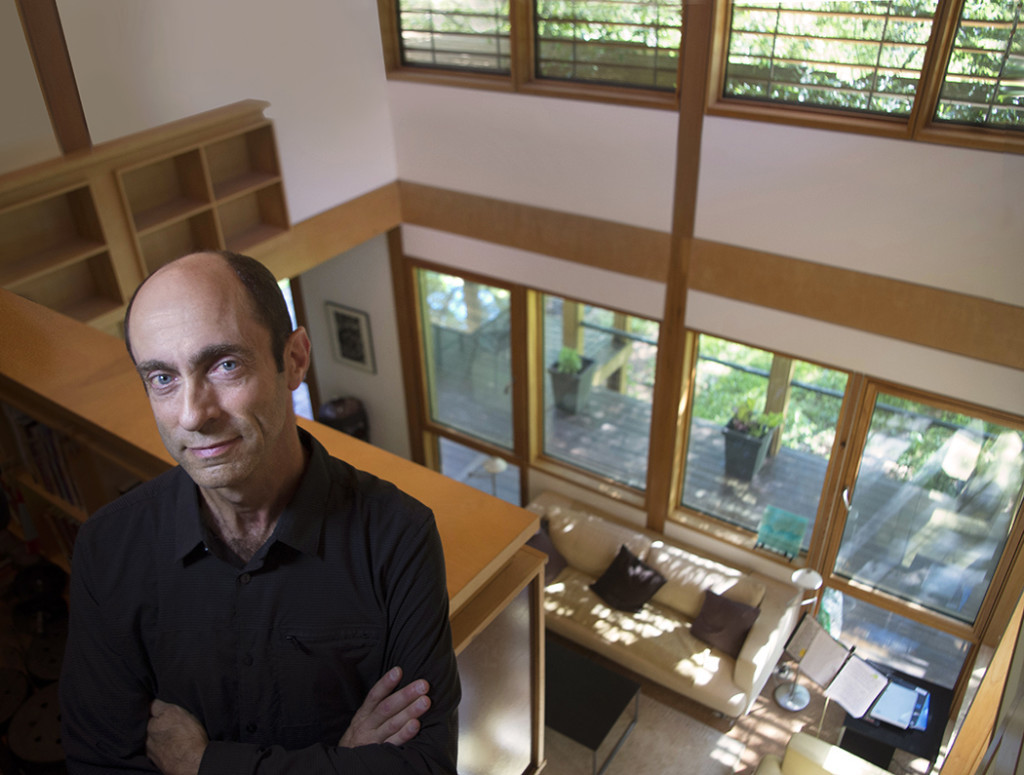 I have always been interested in the arts, particularly drawing and painting. Architecture has been called the mother art for its all-encompassing nature combining sculpture, mathematics, engineering, anthropology and ecology, among other things. For me, there couldn’t be a greater challenge than creating meaningful, enduring structures that will hopefully enrich the lives of the people that inhabit that them.

Why did you choose to practice in Virginia?

My wife, Allison Ewing, and I returned to the United States in 1993 after living abroad in Japan and Italy for several years. We had just left Renzo Piano’s office in Italy and were looking for some place exciting in the U.S. We began working with William McDonough in Manhattan. He was offered the Dean’s position at the Architecture School at UVA in 1994 and asked us if we would help him move the practice to Charlottesville. With a newborn, and having just won a design competition with Bill for the Gap Corporate Campus in San Bruno, we decided to move to Virginia. Prior to moving to Charlottesville, we lived in 13 places in 13 years. The thought of settling in some place with a great quality of life like Charlottesville was very appealing.

I helped Bill direct the design of William McDonough + Partners for 11 exciting years before deciding to start my own practice in 2004. We hadworked on numerous projects scattered across the U.S., the Netherlands and Spain for clients like The Gap, Herman Miller, Nike and IBM. It was hard to leave WM+P as I felt a great bond with the partners and staff and extremely invested in the practice. But I knew if I was going to start my own practice, I couldn’t wait much longer. Happily, Allison decided to join me the following year. At that point, we created Hays+Ewing Design Studio, had significant roots in the area and couldn’t imagine practicing anywhere else.

What was your life like as a child and how did it lead you to design?

From early on, my parents taught me how to draw and paint as a way to express myself. My dad kept out a massive book on Leonardo da Vinci that I studied from time to time. I was intrigued by da Vinci’s ability to act as an artist, engineer and inventor. One year, when in Washington, D.C., we visited the National Gallery and I became immersed in the paintings of the Renaissance masters.

I was in my early teens when I started thinking seriously about painting and architecture as potential careers. My mother arranged a trip to an architect’s office to interview him about the profession. He described a stressful but exciting life where each project you would take on was different from the last. I continued to study art throughout undergraduate and graduate school, but always felt most comfortable with architecture.

Tell us about your college studio experience. Was there a stand-out teacher who had a lasting impact on you?

I studied as an undergraduate at North Carolina State’s School of Design and as a graduate student at Yale. There were two professors at NCSU that I was most influenced by. Michael Pause taught a rigorous design methodology and emphasized the importance of a clear initial concept and consistent logic throughout the design process. I also studied with a Czech professor, Paul Tesar, who taught with a focus on culture and aesthetics from a European perspective.

I worked for a couple of years before returning to architecture school at Yale. We were exposed to a number of exciting architects that taught as visiting professors, such as Mario Botta. I also studied with Cesar Pelli my first year and was able to work in his office after graduate school.

How does the site or sense of place inform architecture for you?

Whether it is in an urban or rural setting, we approach each project with the ecology of the site in mind. It is this aspect that all organisms are connected to one another and their physical surroundings that we study carefully in each project. We look for ways that our project can reinforce the ecology of the place and the ecology reinforces the building and landscape. Each site has obvious qualities, such as the type of flora and fauna that are present, the location of the vegetation, which direction are the prevailing breezes, the best opportunities for solar exposure, all play a role in the development of the design. Other obvious concerns, such as particular views and previous uses of the site, are key in our understanding of the place. We are working on one site near Appomattox that has the ruins of a house dating back to the Civil War and another from the Revolutionary War.

One thing that inspires me is the act of collaboration. When we start a project, we look for other designers, engineers and builders that share our passion for creating the highest caliber of project. A group working together can build on collective talents to create amazing results. While we worked at Renzo Piano’s office, Piano consistently challenged the design team and collaborators to create something unique out of each project. We worked with architects from Italy, Japan, France, Britain, Scotland, Germany and Australia who all embraced that goal.

What’s in the studio at the moment?

We have a few houses that we are designing and two under construction. I am just starting on the design of the house in Appomattox for a couple that hopes to escape the heat and congestion of Memphis. Allison has nearly finished the drawings for a house she is designing in Arlington. We have a three-story house under construction on a 90-acre lot in Faber. The aspect that most excited our client was a third-story observatory with 360-degree views of the surrounding hills. Also under construction is a large horizontal house on a peninsula in Virginia Beach. We are in the early stages of design with a local nonprofit group on an indoor racquet facility. We are looking forward to the grand opening in September of the Lewis & Clark Exploratory Center in Darden Towe Park.

How would you assess the state of architecture in our region?

Charlottesville, like Boston and San Francisco has more than its share of talented architects, landscape architects and planners. We have a small town with lots of big ideas, yet we don’t have the resources or capital like the bigger cities. Therefore, the growth and development has to move at a slower pace.

I occasionally visit family in Greenville and am amazed at what they have been able to accomplish re-energizing the downtown, which was dead and nearly forgotten 30 years ago with only a few stores and virtually no decent restaurants. Many concerned citizens and administrators pushed a more forward-thinking agenda and the City of Greenville embraced a significant downtown re-development. One key aspect is the tree-lined pedestrian friendly Main Street, which is vibrant day and night with over a hundred restaurants. The other critical aspect is the Reedy River, which runs perpendicular to Main Street and has its own lush linear park and trails that run all the way to the next town. The activities along Main Street and Reedy River reinforce one another.

While it’s important not to rush development that sacrifices quality for profit, it is frustrating to see slow or no progress on fundamental aspects of our downtown. There are various buildings along the Downtown Mall that are in need of renovation or completion, like the Landmark Hotel, whose structure has been abandoned for over six years.

We, also, have a beautiful river that could be much more of an asset. There are lots of industrial uses and some nice pedestrian trails that line the Rivanna. But where are the restaurants, public plazas or open areas that take advantage of the views and river atmosphere?

While these are planning issues to some degree, I feel taking greater advantage of our downtown and physical elements like the Rivanna would lead to opportunities for great architecture, engineering and landscape as well. One example is the spectacular curving suspension bridge in Greenville that crosses the Reedy River and connects the pedestrian to Main Street. Without the vitality of the downtown nobody would have dreamed of building a world-class pedestrian bridge. Now the bridge is a critical link in the vibrancy of the downtown.