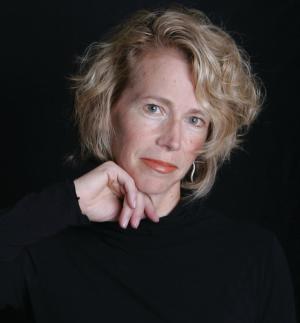 “I love the idea of biomimicry,” says architect Allison Ewing of design inspired by nature. It’s the next step, she says, in designing and delivering sustainable buildings, a progression that started for her working with green pioneers Renzo Piano and William McDonough and continues today in an architectural practice with her husband, Chris Hays, in Charlottesville, Va. “It’s very much an emerging technology.”

To maintain a sharp eye on its evolution, Ewing routinely checks in with cutting-edge sustainable materials sources such as Material ConneXion, and she recently used Cambia, a wood-based decking product that is thermally modified to more effectively resist natural forces. “It’s a kind of fossilization process that changes the cellular structure of the wood,” she says, a process that mimics (if occurs far faster than) petrified wood in nature.

She’s also tracking a curtainwall system for buildings in desert climates that sheds sand like a lizard, but the product is not yet in her toolbox. “I need to see it work in the market before I design with it, especially if it has to do with the building envelope,” she says. “A failure there has a huge impact on overall performance.”

She’s similarly intrigued by Greensulate, a fungi-based rigid insulation panel and packaging material that purportedly rivals the performance of polyiso. The material elicits a naturally occurring binder during its organic formulation process, then is dried to a desired dimension—a manufacturing cycle that uses one-tenth of the energy needed to produce a conventional rigid foam panel. It’s also completely biodegradable once removed from application. “It is the essence of biomimicry,” says Ewing.

It’s also a multitasking product (insulation and substrate) that helps improve and simplify the first line of sustainable building: a high-performance envelope. “That’s where you need to spend a clients money first, to tighten up the house,” she says.

Meanwhile, Ewing is resolved to spec what she calls “state of the shelf” sustainable solutions, like Cambia, which has been used in Europe for a decade. “There are a lot of fascinating products out there that never gain traction,” she says, in large part because they never get to a price point to attract a mainstream market. “It continues to be a challenge.”

She points to the U.S. market’s abundant natural resources, at least compared with other developed countries, as a major hurdle. “There’s no cost-driven pressure to look for alternatives,” she says. “We’re allowed to be inefficient.”

But the biggest spur for sustainable product demand, she thinks, is production housing, where the green-building nut has the most potential but is the hardest to crack. To that end, she encourages large-volume builders to engage local or regional green building certification programs such as EarthCraft to get their feet wet and educate themselves and their buyers about the practices and benefits of sustainable housing.

“Most of those programs are less stringent than LEED and are therefore likely more affordable,” she says. “Once they see these programs are accessible and offer a financial benefit, they’ll put them into practice.”

To builder and developer clients more concerned about the impact of green building on sales than the environment, Ewing frames her pitch around the concepts of lower ongoing costs, greater functionality, and creating a competitive advantage.

Those principles are proving out with a 10-unit sustainable-modern infill project designed and developed by Hays & Ewing Design Studio that’s outselling everything in an otherwise slow Charlottesville housing market. “Its appeal is sustainability,” she says. “There’s an unserved market out there.”